Lauren is a wonderful lady who walks dogs and boards a select few in her home when their owners travel. She helped take care of Logan since he was a puppy – at that time she was newly married. Over the years she had two beautiful daughters, both of whom became quite infatuated with him. Although he was a large and powerful dog, I remember she once told my wife she was always comfortable having him around the babies. He was just that trustworthy.

Judi used to laugh telling me that when she would pick him up after a trip, the girls would be putting him through his paces – “sit” “down” “stay” – and he would be minding them just as he would me. The youngest was three!

So at the end, Lauren wanted to come over and say goodbye. When her daughters heard what was happening, they wanted to come too. Lila was six and Sienna was three. When he saw them, he jumped up as best he could on three legs, kissing all three of them with his tail wagging at full speed. He couldn’t have been happier, hopping back and forth from me and Judi to Lauren and the girls.

When they first came in, Lauren had brought some flowers and the girls handed us this: 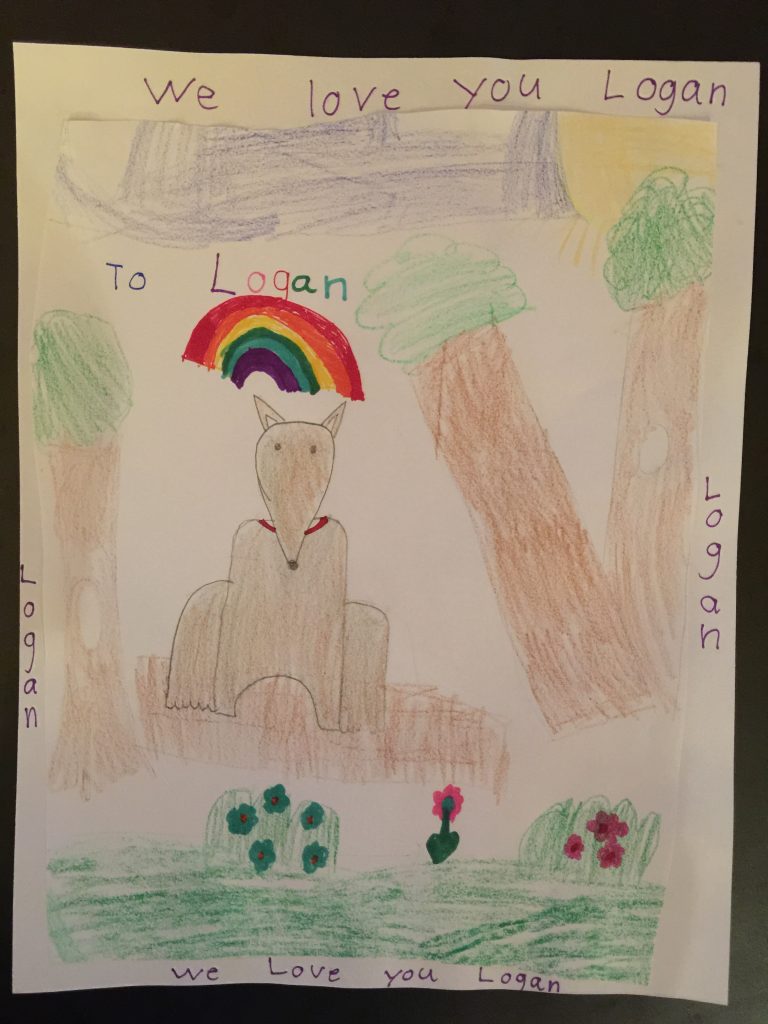 Two hours later he was gone, but not before being surrounded by love from those who knew him best. It was the greatest gift we could have given him.

And every time I see a rainbow I’ll know he’s at the end of it.

← Remember This When You’re In Pain
”If We Don’t Fight, Who’s Going To Fight?” →