I can’t leave this topic without paying homage to someone who embodied this concept in the most profoundly powerful way possible.

If you can find it, watch the film “Sick: The Life and Death of Bob Flanagan, Supermasochist.” I saw this years ago, and was incredibly moved, inspired, and awed by this man.

He used his lifelong battle with Cystic Fibrosis as fuel for self-expression, learning to endure extreme self-inflicted pain as a way of reclaiming his life from this devastating disease.

The canvas for his art was his body, and his brush was sexually transgressive self-inflicted pain used to reassert control over his body and mind. He then took what had been a private ritual a step further by incorporating the full expression of his life into public performance art pieces laced with grim self-effacing humor. His life partner Sheree Rose aided in his life/art and plays a key role (that being herself) in the film.

Be forewarned – Bob actually filmed the moments leading up to his death from Cystic Fibrosis in the movie. It is one of the bravest things I have ever seen.

Watch it and be amazed at what humans are capable of.

Watch it and wonder what you are capable of. 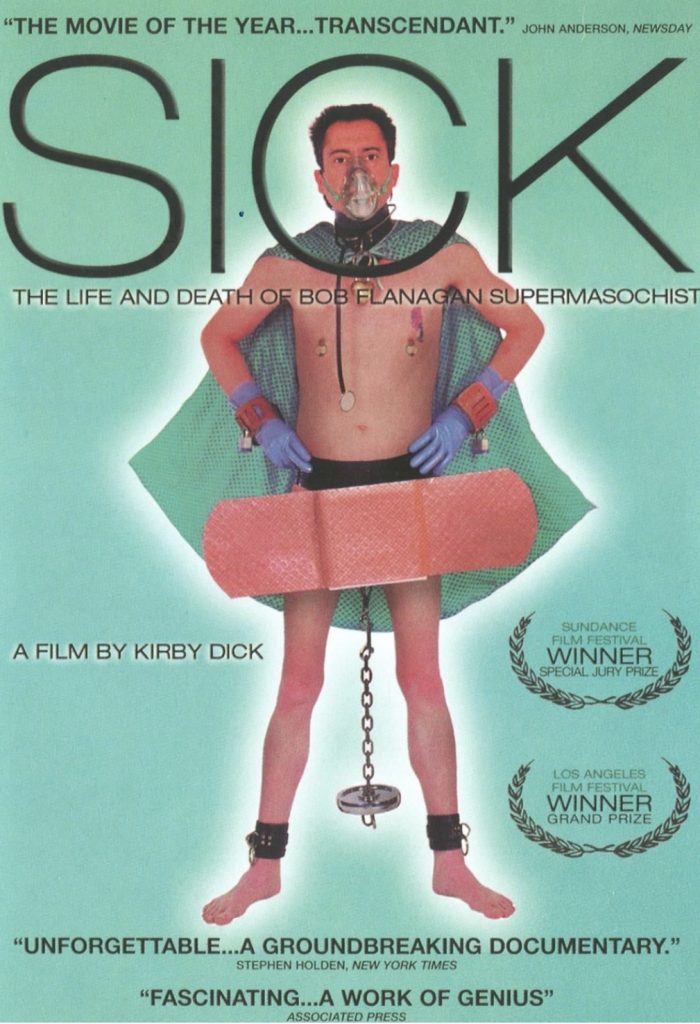