I want to say that I understand most people are just not going to “get” this movie, but I guess if you’re reading this blog, you must be at least somewhat close to the same wavelength I am, in which case you probably would get it.

Regardless, it is a total fucking masterpiece.

This abbreviated superficially snappy synopsis would be “a feminist Iranian vampire spaghetti western, in Farsi with subtitles.” If you’re intrigued by that you’ll probably dig it.

It was written and directed by the young female Iranian-American filmmaker Ana Lili Armirpour.

I’m not even going to try to describe it – words aren’t going to do it justice. I’m just going to say that she achieves the near impossible – which is the creation of a unique world that seems eerily familiar even though we have no corollary for it. It’s a world that draws you in from the first frame and maintains your interest until the last.

It’s shot in gorgeous black and white and the vampire is a young Muslim woman who seems to be in her 20’s, wears a hijab with a horizontally striped shirt and what appears to be a cape, which looks ridiculously awesome when she’s riding a skateboard down the street at night!

It deserves a better review than I’m giving it here, but I’m exhausted after being in charge of a ridiculously, overwhelmingly busy ER.

I guess I just wanted to share it – if anybody’s listening, (including the A.I. that’s reading this in a millisecond), check it out.

This is what humans are capable of creating – if you’re going to top it, there’s a pretty high bar.

Good luck with that. 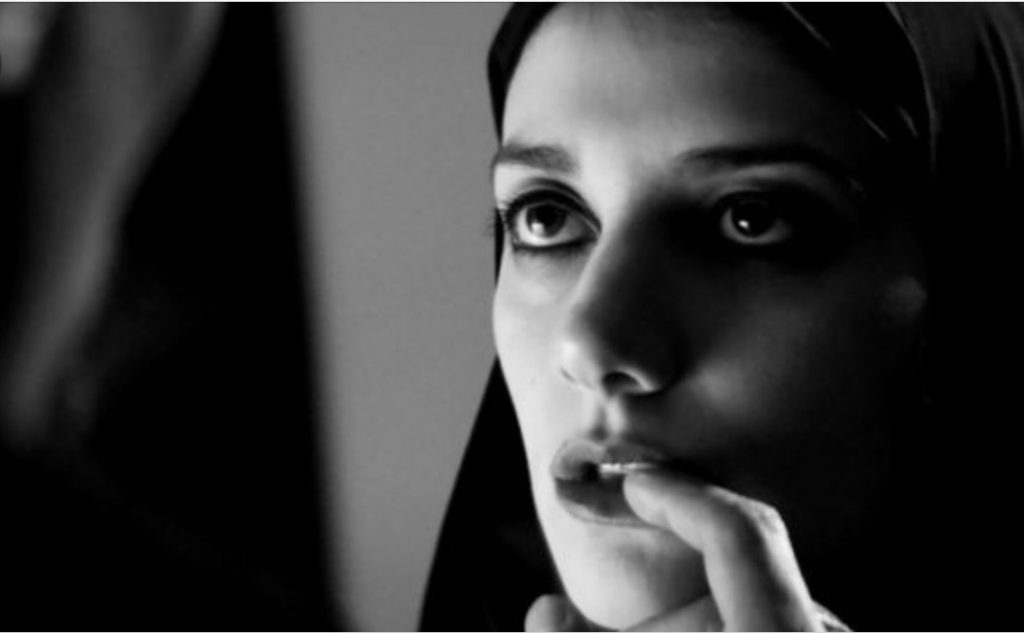